Posted on September 9, 2015 by Igor Kryltsov

Here is an Amazing story Alejandro Adams shared with us.

“For the past year I’ve been performing an unconventional role as area manager for two movie theatres in Silicon Valley. In March of 2013 I began overseeing both locations without a conventional general manager installed at either location. A stable of eight managers moved back and forth between locations, overseen by me, but each of them acting in the full capacity of general manager at any given time. In customer service and retail industries this kind of flat “start up” organizational structure is unheard of. The “boss” was always off site and the managers were expected to function as a team without any hierarchy. I knew that a key aspect of this radical experiment in re-structuring would be to empower each of the managers to act on behalf of the company while also giving them a way to communicate upstream and downstream with little effort, so that I could “see” what was going on during each shift and the upper management and floor staff could also witness the engagement and commitment of the management team.

After test-driving a few social “project” services, I chose Freedcamp.

In addition to the cornerstone of manager logs, I use your system for staff schedules, facility maintenance task assignments, HR, special event coordination, logging vacation time, marketing/promotions, emergency forms for police and fire, reporting grosses to studios, a wishlist where all 50 employees can voice their desires for the company, and more. Every department in my company utilizes Freedcamp for something. I was unaware my HR department was using the manager logs until they demonstrated that they were using the search function to look up employees’ names and track behaviour over time in advance of disciplinary action. I didn’t show them how, they just took the initiative. This was the first clue I got that I wasn’t “forcing” the system–that other departments were getting easy access to more information than they had before. A third satellite location in our company is overseen by a technophobe, who has recently and vigorously adapted to the Freedcamp-based maintenance system I developed without my coaching him at all, and now he posts more than anyone else. This is final proof that what I’ve instituted using your software is self-sustaining, creating a much-needed flow of information within a small but disjointed company that has grown in fits and spurts since 1975. Overcoming the skepticism and resistance of my older colleagues was far easier than I imagined. People know a good thing when they see it.

The ultimate reward of your system has been developing a team of managers under a microscope with the intention of grooming the very best candidates for increased responsibility. In the past two weeks we have begun another transition in management structure that came directly out of my orchestration of Freedcamp. We’re installing GM’s at both of my locations without needing to interview them because we’ve tracked their skill sets, knowledge areas and personal tendencies meticulously via Freedcamp for more than a year.

When I took on the new role a year ago, I lost six managers in one month. The strain of the “boss-less” system was too great without some additional infrastructure. Since introducing Freedcamp, my attrition rate is zero. No one wants to leave now. Every manager promoted within the Freedcamp era has experienced more growth than my previous stable of managers did over the course of several years. Current managers engage with the company away from work, using Freedcamp like Facebook and keeping up to date with their colleagues’ shifts and day-to-day accomplishments. Team-building is not something I’ve had to talk about or sustain through meetings and games–it has come about naturally as a result of using your software as if it’s part of our uniform. And new hires take to it instantly and intuitively.

Freedcamp has done a lot for me and I feel attached.” 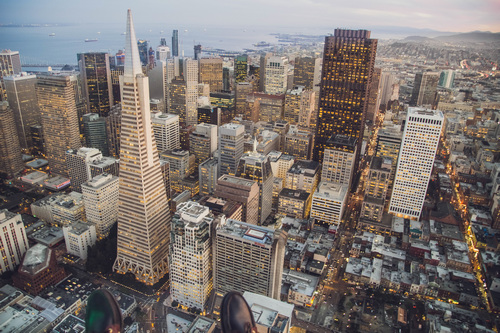