I don’t know if it’s the resilience of man kind or the stubbornness, but we tend to get used to all types of friction in our lives. From lifting the lid of the trashcan to unlocking our phone with a 4 digit password. It becomes a part of our routine and we basically never think about it again. Today I wanted to help us all remove friction from our lives and be happier and more productive.

Innovation is the introduction of a new method. I like to associate it with a better method that improves someones life, it removes friction. I think of myself as an innovator because I like to change methods constantly in search for a better method to do virtually anything. But I firmly believe that all of us are innovators, most of us simply don’t act on our ideas, and some of us don’t even realize we’ve innovated when it happens. At some point there was a person somewhere in the world who felt that lifting the lid off the trashcan to add your garbage to it seemed like friction, additional effort that wasn’t necessary. So they invented the foot operated lid opener. Then years later someone felt that using their foot was also too much friction so they invented the touch-less hand wave sensor that opens the lid electronically.

Apple realized that typing 4 digits on your phone to keep it secure is a lot of friction. I mean think about it, if it takes you 5 extra seconds to unlock your phone, and on average you unlock it 60 times a day… that’s 5 extra minutes in a day. In a year you spend 30 hours unlocking your phone! But beyond the time savings, that little friction you experience every time you do it. So they invented the fingerprint unlock. Now it takes less than a second and you feel no friction. 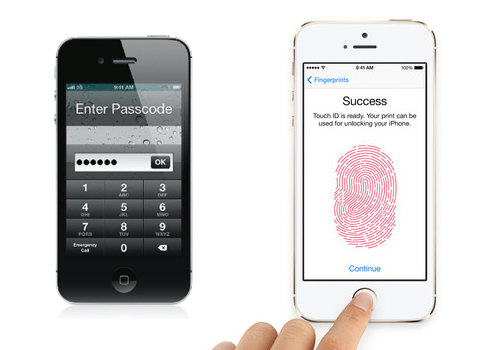 So I challenge you to spend a day where you are hyper aware of any friction in your day. Once you have a list of things, make a plan to improve them. I did this today and realized the screen door to my house is always in the way. We are all constantly hitting it, dealing with it, holding it open for each other… it adds ferocious amount of friction to our day. Worst part is we never use it, we never keep our front door open. I just finished removing it and it felt great! One less thing to have to worry about when I am coming home.

Friction is a part of our work lives as well. When we started Freedcamp one of the biggest points of friction we wanted to remove was the need for 20 separate tools to run your business. Constantly switching tabs, logging into different systems, learning new interfaces, and zero integration between these systems. By providing you all the tools to collaborate with your team in one place we remove a lot of friction.

So spend some time analyzing your work day, figure out which parts feel like an uphill battle and find a way to improve them.

Please share your finds! If you are experiencing some friction it’s almost guaranteed that someone else has the same issue and either have already solved it or never realized they had it.